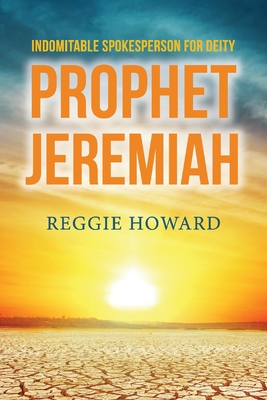 An engaging "life and times of Prophet Jeremiah," readers are taken back to the last decades of the nation of Judah. Kings, Priests, and "Prophets" drive them to oblivion, while Jeremiah wills them to survive. He is threatened and abused but never backs down, strengthened by his remarkable personal-relationship with the Living God. A true story of triumph and failure that will leave you inspired and looking for more.
The first section of the book, "Stumbling onto the National Stage," transports readers to Jerusalem to observe three critical stages in the City's rise and fall. This backdrop shows how desperately the prophet was needed, whether anyone realized it or not.
The second section, "Waves of Opposition," allows readers to witness the physical and emotional abuse inflicted on this indomitable man. Expect yourself to weep and be angered as you watch these events. But the courage, commitment, and strength of this man is an inspiration to behold.
The third section, "Dialogues with Supreme Commander," details a remarkable 40-year "conversation" between God and his servant. These 10 dialogues are present in the book of Jeremiah, but overlooked in literature until now. This dynamic, interactive relationship is incredible. You will not walk away unmoved.
The book concludes with 10 appendices, essays that illuminate more of the background and dynamics of the Book of Jeremiah.

Reggie grew up anonymously in Chicago and Seattle as "one of the Howard boys." A quiet church-mouse without any interests or ambitions. This changed when adults and young people took a personal interest in him, opening his heart to the love and truth of the Living God.

He has since worked hard to return the favor to as many individuals as possible.

He first undertook the vigorous study of Biblical languages, exegesis, discourse analysis, linguistics, anthropology, and communication theory. He earned a Bachelor's degree from Multnomah University and a Masters from Columbia Evangelical Seminary, along with other supplemental studies.

Then in 1983 he moved to Papua New Guinea; teaching, preaching, and mentoring pastors and other ministry leaders. From remotest places in this wild land to institutions of highest learning, Reggie loves to communicate God's word with diverse groups of people.

Reggie got hooked on the person and book of Jeremiah and has dedicated this book to his wife Susan and their four children.