Autumn: Terror in the London Underground 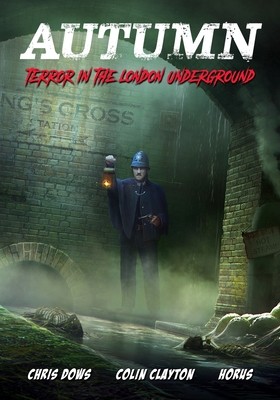 Autumn: Terror in the London Underground

By  Chris Dows , Colin Clayton , Illustrated By  Horus
Paperback
$ 14.99
Out of Stock In Store (Click to Order)

For fans of Stephen King's IT

London 1942. The true horror wasn't from the air or in the streets...it was Underground. As German bombs pummel the city of London during the Blitz, the leaves of autumn begin to fall and so do the victims. A young boy's fascination with the work of a possible local serial killer plunges him into a life-long obsession that ultimately will become a quest for revenge. The story of Autumn is told on a number of levels: a coming of age story, a tale of revenge, a study in obsession, and a post war Gothic horror story. Set in and under London, the main characters are not the victims, or the hero, but the dark labyrinth of the Underground and what terror it could hold. Now, after nine years of autumnal atrocities and Scotland Yard unable to stop the killings, a now grown James Turrell is forced to make a fateful decision and descends into the stygian abyss of the Underground, believing himself fully prepared and ready to confront the object of his obsession. But he isn't, for terror can manifest itself in many forms.