In Time: The Killing of Polly Paul 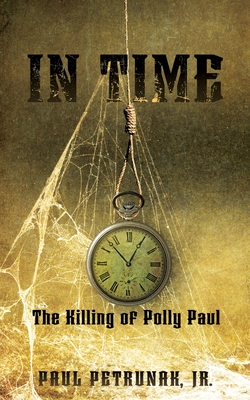 In Time: The Killing of Polly Paul

On the summer evening of Wednesday, June 7, 1865, just two months after the end of the Civil War, seventy-one-year-old local farmer and weaver Polly Paul and her seventeen-year-old apprentice Cassie Munday were brutally slain in cold blood at the Paul farm outside Summerhill, Pennsylvania. The gruesome scene shocked neighbors and townspeople alike, striking fear into the community and begging the question, "Who could have done such a thing?"

In Time: The Killing of Polly Paul follows the murder and aftermath of the slaying of these two women, leading to a widely covered public trial, a sort of O.J. Simpson trial of its day. The hunt is on for the killers, and as some men are apprehended, Cambria County District Attorney Philip S. Noon worries if the correct perpetrators have been found. Will justice be served?

Author Paul Petrunak, Jr. brings readers along on the case, using courtroom testimony, newspaper articles, eyewitness accounts, and other records from the timeline, compiled over ten years of thorough research. For fans of true crime mysteries, In Time: The Killing of Polly Paul ignites the detective in all of us, following the trail of evidence along with the prosecutors from the time the women are discovered to the final conclusion of events.

Paul Petrunak, Jr. became acquainted with Polly Paul and Cassie Munday's story when he stumbled across an old newspaper article while helping some friends research their house's history. Shocked that he had never heard of this tragedy that occurred in his local area of Cambria County, Paul began his ten-year study of the events that took place that fateful night and the criminal proceedings that followed. Paul believes the two women reached out to him to tell their story through various occurrences over the years and that it is time to bring these women's story to light. Like everything else, the truth comes out in time.