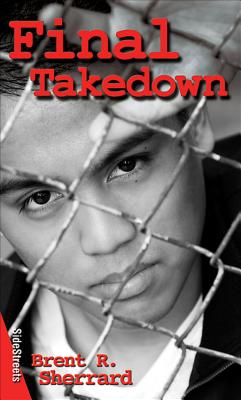 For as long as they've been friends, Elias has been relying on his buddy Jordan. It's Jordan's mom who takes him in when his own mother is on an alcoholic binge; it's Jordan who acts as the brother and role model that Elias doesn't have. But now they've gone too far, and a schoolyard fight has landed them both in jail. The judge gives them a warning: Shape up, or face time in juvie. The clock is already ticking when Jordan gets his girlfriend pregnant and then comes up with a big time takedown that'll set them both up for life. For Elias, it's not worth the risk. But can he free himself of Jordan's influence in time?

BRENT R. SHERRARD lives in Miramichi, New Brunswick with his wife, Valerie, who also writes books for children and teens. His first novel was Wasted in the Lorimer SideStreets series.