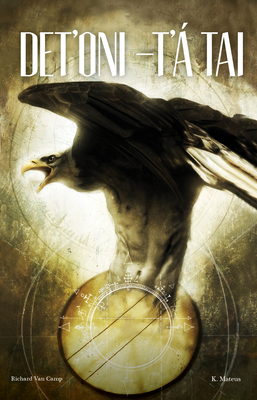 Three young men--Flinch, Bryce, and Rupert--have vandalized their community. They are sent by its Elders to live nine months on the land as part of the circle sentencing process. There, the young men learn to take responsibility for their actions and acquire the humility required to return home. But will they be forgiven for what they've done?

Det'onι -T' Taι (Three Feathers) explores the power and grace of restorative justice in one Northern community and the cultural legacy that can empower future generations.

Det'onι -T' Taι (Three Feathers) is one title in The Debwe Series. Created in the spirit of the Anishinaabe concept debwe (to speak the truth), The Debwe Series is a collection of exceptional Indigenous writings from across Canada.