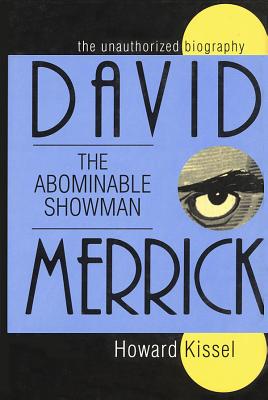 David Merrick is the most astonishing showman of our time, and perhaps of all time. No other producer, not even Florenz Ziegfeld nor the combined lights of the Shubert brothers, has equalled his percentage of hits or his demonic flair for publicity. In this first-ever biography, Howard Kissel from his decade-long investigation reveals the man, the mask, and the myth of David Merrick. The charismatic and reclusive mogul emerges as a Broadway version of Howard Hughes, with his own panoply of eccentricities, genius and neuroses. Merrick's much publicized and oftentimes staged battles and feuds are re-ignited here full force with such major personalities as Barbra Streisand, Jackie Gleason, Ethel Merman, Lena Horne, Woody Allen, Peter Ustinov, Andy Griffith, Anthony Newley, Peter Brook, and Carol Channing. Over a hundred interviews with the major players in Merrick's drama - from his pre-Merrick St. Louis childhood as David Margoulies to his latest divorce - has yielded the first serious interrogation of a life that until now has been the sole creation of Merrick's own invention and press wizardry.