And the Spirit Moved Them: The Lost Radical History of America's First Feminists 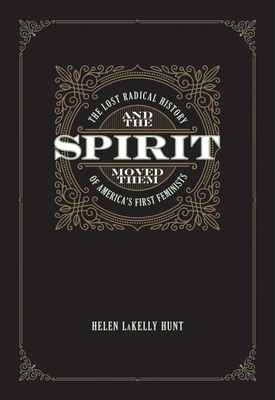 And the Spirit Moved Them: The Lost Radical History of America's First Feminists

The New York Times-bestselling author of Getting the Love You Want sends out a 'call for renewed feminist action, based on "the spirit and ethic of love'" (Kirkus Reviews).

A decade before the Seneca Falls Convention, black and white women joined together at the 1837 Anti-Slavery Convention of American Women in the first instance of political organizing by American women for American women. Incited by "holy indignation," these pioneers believed it was their God-given duty to challenge both slavery and patriarchy. Although the convention was largely written out of history for its religious and interracial character, these women created a blueprint for an intersectional feminism that was centuries ahead of its time.

Part historical investigation, part personal memoir, Hunt traces how her research into nineteenth-century organizing led her to become one of the most significant philanthropists in modern history. Her journey to confront her position of power meant taking control of an oil fortune that was being deployed on her behalf but without her knowledge, and acknowledging the feminist faith animating her life's work.

Helen LaKelly Hunt, PhD, is a feminist philanthropist, activist, and scholar. The founder or co-founder of several organizations including the Sister Fund and Women Moving Millions, she also developed, with husband Harville Hendrix, the Imago mode of relationship therapy. She is the author of Faith and Feminism and the coauthor of bestsellers including Giving the Love That Heals and Making Marriage Simple. Cornel West is a prominent and provocative democratic intellectual. He is a professor of philosophy and Christian practice at Union Theological Seminary and professor emeritus at Princeton University. He is best known for his classics, Race Matters and Democracy Matters, and for his memoir, Brother West: Living and Loving Out Loud. Dr. West is a frequent guest on the Bill Maher Show, Colbert Report, CNN, C-Span, and Democracy Now.