Lies and the Lying Liars Who Tell Them: A Fair and Balanced Look at the Right 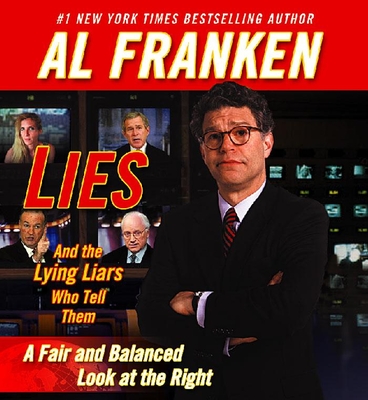 Lies and the Lying Liars Who Tell Them: A Fair and Balanced Look at the Right

By  Al Franken
CD-Audio
$ 34.95
Unavailable
For the first time since his bestselling RUSH LIMBAUGH IS A BIG FAT IDIOT, Franken trains his subversive wit directly on the contemporary political scene. Now, the "master of political humor" (Washington Post) destroys the myth of liberal bias in the media and exposes how the Right shamelessly tries to deceive the rest of us. No one is spared as Al uses the Right's own words against them: not Ann Coulter, Bill O'Reilly, Roger Ailes, the entire Fox network nor the Bush administration. This is the book Al Franken fans have been waiting for (and his foes have been dreading).
Two-time spoken word Grammy ® award winner AL FRANKEN is the author of four previous bestsellers. A long-time comedy writer who rose to prominence as one of the original Saturday Night Live writers in the 1970s, Franken won five Emmy® Awards for his work on SNL.