Crimes of War: Guilt and Denial in the Twentieth Century 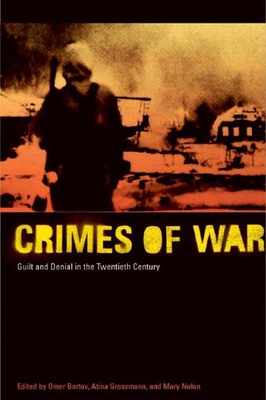 Crimes of War: Guilt and Denial in the Twentieth Century

Including original contributions from distinguished European and American historians such as Saul Friedl nder, Omer Bartov, John Dower, Christopher Browning, and Marilyn Young, Crimes of War surveys wartime atrocities committed by the United States, Germany, and Japan across the twentieth century. The book presents startling new evidence of the killing of unarmed Koreans by American troops at No Gun Ri, of atrocities committed by Nazi soldiers on the Russian front, and of Japanese barbarity in China during World War II. Emerging from these accounts is a distinctive, repeated pattern, which typically includes a half-century of denial before the truth is confronted.

Omer Bartov is the John P. Birkelund Professor of European History at Brown University and the author of Erased, Mirrors of Destruction, and Hitler's Army, among other books. Atina Grossmann is a professor of history at the Cooper Union in New York. She is the author of Reforming Sex and Jews, Germans, and Allies, which was awarded the American Historical Association's George L. Mosse Prize and the Fraenkel Prize in Contemporary History from the Wiener Library in London. Mary Nolan is the author of Visions of Modernity and is a professor of history at New York University.