Not in My Neighborhood: How Bigotry Shaped a Great American City 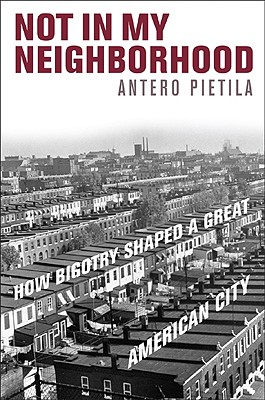 Not in My Neighborhood: How Bigotry Shaped a Great American City

Eugenics, racial thinking, and white supremacist attitudes influenced even the federal government's actions toward housing in the 20th century, dooming American cities to ghettoization. The Federal Housing Administration continued discriminatory housing policies even into the 1960s, long after civil rights legislation. This all-American tale is told through the prism of Baltimore, from its early suburbanization in the 1880s to the consequences of white flight after World War II, and into the first decade of the twenty-first century. The events are real, and so are the heroes and villains. Mr. Pietila's narrative centers on the human side of residential real estate practices, whose discriminatory tools were the same everywhere: restrictive covenants, redlining, blockbusting, predatory lending.

Antero Pietila spent thirty-five years as a reporter with the Baltimore Sun, most of it covering the city's neighborhoods, politics, and government. A native of Finland, he became a student of racial change during his first visit to the United States in 1964. He lives in Baltimore.