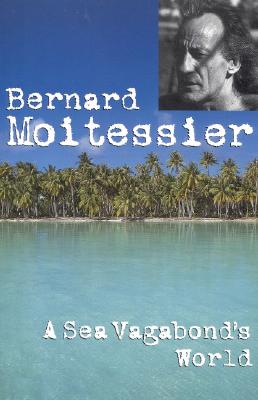 "I would like now to write a practical book that will cover three topics: boats, the sea, and the beachcombing life." These were the thought of Bernard Moitessier after he finished writing his last book, Tamata and the Alliance, while in Polynesia. The great master died in 1994 and never completed the book, but here it is, meticulously collected from hus many writings, published and unpublished, by his companion V ronique Lerebours Pigeonni re. Moitessier's notebooks include all the know-how and the 1001 tips of this legendary sailor, the knowledge he acquired on the water, in meeting with sailors, during long passages, and during his many years living on various islands. The first part of the book details how to prepare for an extensive cruise, what kind of boat to choose, the rigging, the sails, the anchors, on deck and below deck. The second part describes the passage: the weather, navigation, watch-keeping, and heavy weather. In the third part, Moitessier takes us to the South Sea islands and shows how to adapt to living on an atoll, gardening, fishing and attaining self-sufficiency.

Bernard Moitessier was one of the greatest ocean voyagers. He became a legend in his own time. Born in 1925 in Indochina, he gained much of his sailing knowledge from the fishermen of the Gulf of Siam. A gifted writer, he wrote four books describing his seagoing adventures, including the major autobiographical work Tamata and the Alliance.