Doctor to the Resistance: The Heroic True Story of an American Surgeon and His Family in Occupied Paris 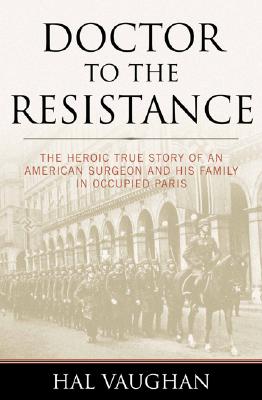 Doctor to the Resistance: The Heroic True Story of an American Surgeon and His Family in Occupied Paris

By  Hal Vaughan
Hardcover
$ 29.95
Out of Stock In Store (Available to Order)

Maine-born Dr. Sumner “Jack” Jackson joined the British Army as a volunteer physician during World War I. After the Battle of the Somme, he married a beautiful French Red Cross nurse. When the war was over, Jackson joined the staff of the American Hospital in Paris, where he quickly became a favorite physician of such Lost Generation figures as Hemingway and Fitzgerald.

During World War II, Jackson, his wife, and their teenage son joined the French Resistance. They hid and treated wounded Allied flyers and Resistance fighters, used the hospital as a cover for Resistance activities, photographed the German submarine base at Saint-Nazaire, and helped smuggle plans for the V-1 rocket to England. Just before the Americans liberated Paris, however, the family was betrayed to the Gestapo and deported to German concentration camps. The day before the war ended, tragedy struck.

Doctor to the Resistance is based on recently declassified records of the French Resistance, the National Archives, family letters and diaries, and the author’s interviews with Dr. Jackson’s son. Hal Vaughan recounts the Jacksons’ remarkable true story for the first time. It will captivate history buffs, World War II aficionados, and anyone interested in the Paris of that fascinating era.

Hal W. Vaughan (1928-2013) was an American author based in Paris, France. He held several posts as a U.S. Foreign Service officer before becoming a journalist on assignments in Europe, the Middle East, and Southeast Asia.