Teens Take It to Court: Young People Who Challenged the Law—and Changed Your Life 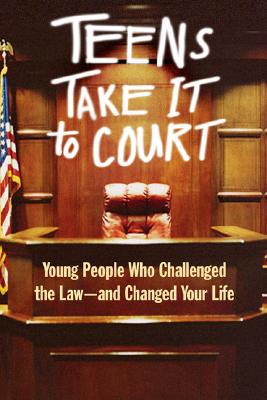 Teens Take It to Court: Young People Who Challenged the Law—and Changed Your Life

Because 15-year-old Gerry Gault fought for his rights, every teenager in the United States. has specific rights when arrested and charged with a crime. Because 14-year-old Deborah Weisman challenged her school's policy regarding prayer at graduation ceremonies, teens know they can take a stand on issues that matter to them. This fascinating book describes precedent-setting cases that reveal the power of social action and prove that teens can change the law. Judge Jacobs familiarizes young readers with our legal system, dispels myths and mysteries, and shows that the law is by and for the people-including teens.

Thomas a. Jacobs, J.D., was an Arizona Assistant Attorney general from 1972–1985, where he practiced criminal and child welfare law. He was appointed to the Maricopa County Superior Court in 1985 where he served as a judge pro tem and commissioner in the juvenile and family courts until his retirement in 2008. He also taught juvenile law for ten years as an adjunct professor at the Arizona State University School of Social Work. He continues to write for teens, lawyers, and judges. His recent articles on teens and the law have been published in The New York Times and New York ParentGuide. His previous books include What Are My Rights? and They Broke the Law—You Be the Judge. Judge Jacobs also maintains the popular Web site “Ask the Judge: Answers for Teens About the law” at www.askthejudge.info.