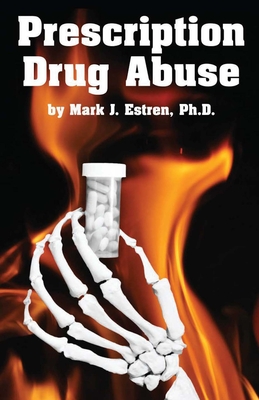 Severe, chronic pain affects at least 116 million Americans every year. But there are fewer than 4,000 pain specialists in the United States, and many insurers won't cover physical therapy. But powerful pain medicines? They will certainly cover those. Prescriptions for powerful pain killers doubled between 1994 and 2008 -- and abuse skyrocketed as well. The grim headlines are all too familiar. Celebrities such as Whitney Houston die of overdoses. Teens mix legitimate medicines -- and pay with their lives. Heavy-handed government attempts to crack down on pain and anxiety medications have terrorized doctors and pharmacists and left thousands of desperate people in severe pain.

Prescription Drug Abuse shows how big the problem is: how it became a problem, what is being done about it, and what readers can do. The book shows the risks, the benefits, and the safe way to use some of modern healthcare's most miraculous medicines.

Mark James Estren is a nationally known journalist and Pulitzer winner. Named one of the "People to Watch" by Fortune magazine, he is a contributor to The Washington Post, Bottom Line newsletter group, and the Journal of Animal Ethics. He lives in Ft. Myers, FL.