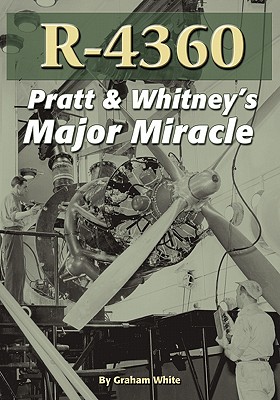 Aviation technology progressed at a blindingly fast pace during the first half of the 20th century. Aircraft were asked to fly higher, fly faster, carry heavier loads, take off and land on shorter runways, fly greater distances, and consume less fuel with each new generation, and with perfect dependability. Pratt & Whitney's R-4360, or "Wasp Major" as it was known in the commercial marketplace, was a very large engine, displacing 4,360 cubic inches. Somewhat akin to the steam age when triple-expansion engines the size of cathedrals ruled the waves, the R-4360 at one time represented the largest and most sophisticated of its breed. Nothing else in the late-1940s marketplace could boast what the R-4360 did-3,000 to 4,000 hp. By the end of the piston-engine era Pratt & Whitney had placed into mass production the largest and most powerful engine ever built in quantity. This book provides a detailed account of the inner workings of the R-4360. Also covered is the engine's development history, variations, and its military, commercial, and racing applications. 7x10, 208 pages, more than 600 b/w photos.