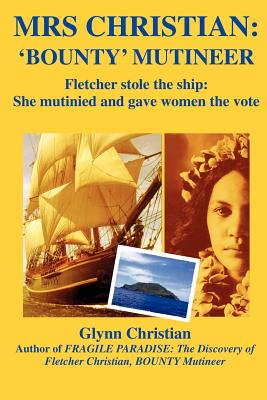 This is the heroic and bloody, untold story of Mauatua, Tahitian lover and wife of BOUNTY mutineer Fletcher Christian and of what she and 11 other women endured to survive on Pitcairn Island, the mutineers' secret refuge for almost twenty years. It is a story of Ma'ohi women succeeding where white men failed, women who then became first in the world to have the vote, in 1838, 90 years before the women of Britain. To secure and then protect two of womanhood's most precious rights, the right to bear children and the right of those children to a life of loving security, Mauatua had to endure and sometimes motivate unspeakable brutality. In response to the drunkenness, madness and physical cruelty of their European lovers, Mauatua and the other Ma'ohi women mutinied against their BOUNTY mutineer-kidnappers. They used Christian's revolutionary idea of voting to agree the only course to ensure the safe future of their children - an island with as few men as possible. But once they resorted to such extreme measures there were secrets that must never be told, confidences that must never be broken. A new history had to be written. When Pitcairn Island is rediscovered in 1808, a living reminder of Mauatua's past life on Tahiti challenges her certainties and everything she has done to protect the island's children. Thirty years later she led the Pitcairn community to ratifying two revolutionary concepts. Women had their right to vote written into law, ninety years before the UK. And education was to be compulsory for girls as well as boys. Eventually Mauatua is forced to disclose the truth about Pitcairn's two greatest mysteries. Who did plan the massacres? What did happen to Fletcher Christian? By telling her secrets, Mauatua/Mrs Christian subjects herself to the judgment and outrage of those she fought hardest to protect, her own children.