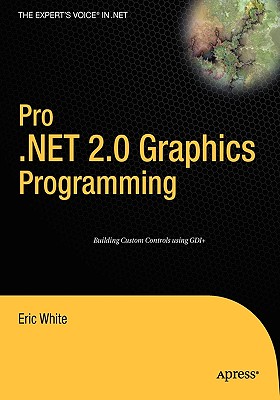 T he release of the .NET Framework has changed the programming landscape for Microsoft application developers. Graphics programming has been affected as much as any other area. Whereas the Windows Graphical Device Interface (GDI) was once used to draw to a device, the .NET Framework now gives us GDI+. GDI+ consists of a number of namespaces and classes, made available as part of the .NET Framework and designed specifically to allow developers to do custom drawing in web and Windows controls. Effectively acting as a wrapper around the old GDI, GDI+ provides an easy-to-understand, inheritance-based object model for use by .NET programmers. The increased level of usability of GDI+ may draw many more programmers into custom drawing. Those from a C++/Microsoft Foundation Classes (MFC) background will already be familiar with many of the approaches in GDI+. Programmers who worked with Visual Basic will find in GDI+ an accessible way to develop controls that augment those shipped with the .NET Framework. A substantial part of the .NET Framework base-class library falls under the GDI+ banner. This book concentrates on the areas and features of GDI+ that are relevant to programmers who are most likely to work with these classes; that is, programmers who want to develop custom controls.

Eric White is an independent software consultant with over 20 years of experience building management information systems, accounting systems, and other types of rich-client and n-tier database applications. He has written custom controls in numerous windowing systems, including all versions of Microsoft Windows since 2.0, Macintosh, OS/2, X/Motif, and others. White has particular interest in object-oriented design methodologies, including use case analysis, UML, and design patterns. After years of working with too many varieties of technologies to list, he currently specializes in C#, Visual Basic .NET, ASP.NET, ADO.NET, XML, COM+, GDI+, SQL Server, and other Microsoft technologies.