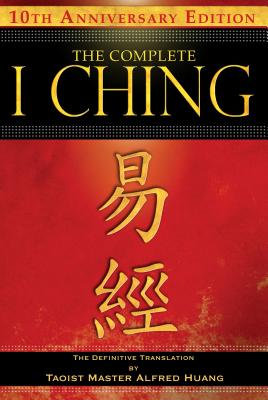 By  Taoist Master Alfred Huang
Paperback
$ 19.95
Out of Stock In Store (Available to Order)

Translated by the eminent Taoist Master Alfred Huang, The Complete I Ching has been praised by scholars and new students of the I Ching since its first edition. A native Chinese speaker, Master Huang first translated the original ideograms of the I Ching into contemporary Chinese and then into English, bringing forth the intuitive meanings embodied in the images of the I Ching and imbuing his translation with an accuracy and authenticity not possible in other English translations. However, what makes his translation truly definitive is his return to prominence of the Ten Wings, the commentaries by Confucius that are essential to the I Ching’s insights.

This 10th anniversary edition offers a thorough introduction to the history of the I Ching, how to use it, and several new divination methods; in-depth and easy-to-reference translations of each hexagram name, description, and pictogram; and discussions of the interrelations between the hexagrams and the spiritual meaning of their sequence.

A third-generation master of Wu style Tai Chi Chuan, Chi Kung, and Oriental meditation, Master Alfred Huang is a professor of Taoist philosophy who studied the I Ching with some of China’s greatest minds--only to be imprisoned during the Cultural Revolution in 1966 and sentenced to death. For 13 years in prison Master Huang meditated on the I Ching and found the strength to survive. Released in 1979 weighing only 80 pounds, he emigrated to the United States. Master Huang is the founder of New Harmony, a nonprofit organization devoted to teaching self-healing, and is the author of The Numerology of the I Ching and Complete Tai-Chi. He lives on the island of Maui.