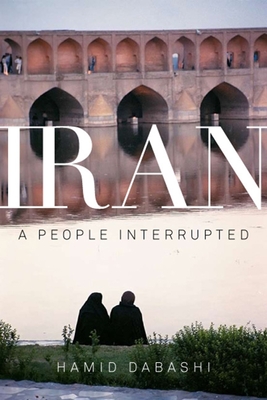 Praised by leading academics in the field as extraordinary, a brilliant analysis, fresh, provocative and iconoclastic, Iran: A People Interrupted has distinguished itself as a major work that has single-handedly effected a revolution in the field of Iranian studies.

In this provocative and unprecedented book, available for the first time in an affordable paperback edition, Hamid Dabashi--the internationally renowned cultural critic and scholar of Iranian history and Islamic culture--traces the story of Iran over the past two centuries with unparalleled analysis of the key events, cultural trends, and political developments leading up to the collapse of the reform movement and the emergence of the new and combative presidency of Mahmoud Ahmadinejad. Written in the author's characteristically lively and combative prose, Iran combines delightful vignettes (Publishers Weekly) from Dabashi's Iranian childhood and sharp, insightful readings of its contemporary history. In an era of escalating tensions in the Middle East, his defiant moral voice and eloquent account of a national struggle for freedom and democracy against the overwhelming backdrop of U.S. military hegemony fills a crucial gap in our understanding of this country.

Hamid Dabashi is the Hagop Kevorkian Professor of Iranian Studies and Comparative Literature at Columbia University in New York. He is the author of highly acclaimed scholarly books and articles on Iran, medieval and modern Islam, comparative literature, world cinema, and philosophy of arts. Among the leading U.S. dissidents and a frequent lecturer around the globe, he lives in New York.