Time Machine 14: Blade of the Guillotine 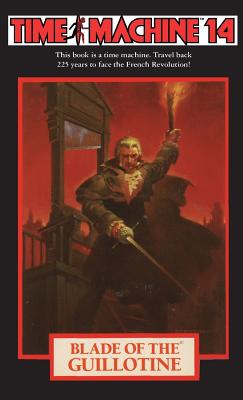 Time Machine 14: Blade of the Guillotine

By  Arthur Byron Cover , Illustrated By  Scott Hampton
$ 12.95
Out of Stock In Store (Available to Order)

Your mission is to find the controversial diamond necklace that helped trigger the French Revolution. In 1785 France was ready to burst into the flames of revolution. That year a Church official, the cardinal de Rohan, ordered a diamond necklace to be made in the name of the queen, Marie Antoinette. The French people assumed that the necklace was another example of the queen's extravagance. They were enraged. A scandal erupted. The queen denied any knowledge of the necklace. Eventually it was proven that the cardinal had actually intended all along to give the necklace to his court favorite, the comtesse de La Motte. The cardinal and the comtesse were punished for their trickery. Soon after, the angry French people revolted, and the necklace disappeared. You must travel back to eighteenth-century France to find the missing necklace and learn what role it played in the Revolution. But be careful. The era of the French Revolution was one of the most turbulent in history The Time Machine series challenges young readers to use their imagination and decision-making skills to write their own story. Options in the text allow readers to choose any path they like within the plot. Readers must draw on background information about the period to make the right choices. This makes the series a great educational device for youngsters to learn about history and all the different cultures, events, and periods that shaped it.