The True History of the Conquest of New Spain, Volume 2 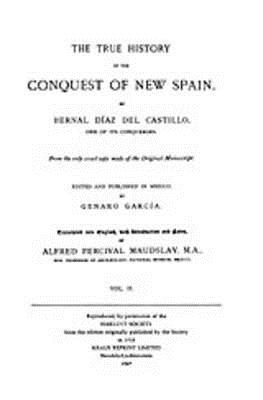 The True History of the Conquest of New Spain, Volume 2

By  Bernal Diaz del Castillo
Hardcover
$ 58.00
Out of Stock In Store (Click to Order)

This rugged new translation--the first entirely new English translation in half a century and the only one based on the most recent critical edition of the Guatemalan MS--allows Diaz to recount, in his own battle-weary and often cynical voice, the achievements, stratagems, and frequent cruelty of Hernando Cortes and his men as they set out to overthrow Moctezuma's Aztec kingdom and establish a Spanish empire in the New World.

The concise contextual introduction to this volume traces the origins, history, and methods of the Spanish enterprise in the Americas; it also discusses the nature of the conflict between the Spanish and the Aztecs in Mexico, and compares Diaz's version of events to those of other contemporary chroniclers. Editorial glosses summarize omitted portions, and substantial footnotes explain those terms, names, and cultural references in Diaz's text that may be unfamiliar to modern readers. A chronology of the Conquest is included, as are a guide to major figures, a select bibliography, and three maps.

Janet Burke is Associate Dean in Barrett, the Honors College, and Lincoln Fellow for Ethics and Latin American Intellectual History in the Lincoln Center for Ethics, at Arizona State University.Ted Humphrey is President's Professor, Barrett Professor, and Lincoln Professor of Ethics and Latin American Intellectual History at Arizona State University.