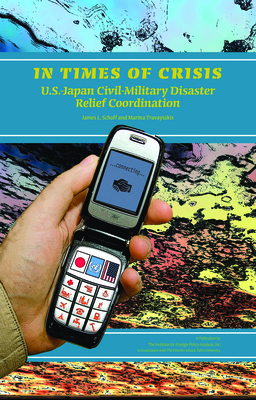 Both U.S. and Japanese policymakers understand that leveraging military resources during a disaster is an opportunity to save lives and property, to help maintain stability and prosperity in affected nations, and to promote the allies’ diplomatic interests. However, it must be done carefully to maximize efficiency and avoid undermining humanitarian principles. Together with a handful of other key countries, the United States and Japan can form a valuable crisis core group that cooperates in support of large-scale, UN-led disaster relief operations, but effective civil-military coordination is essential to making this work. A joint effort by the Institute for Foreign Policy Analysis (IFPA) and the Osaka School of International Public Policy (OSIPP), the In Times of Crisis project involved practitioners and policymakers from both countries, the United Nations, and NGOs who participated in interviews and bilateral workshops. Case studies such as the 2004 Indian Ocean tsunami and the 2005 Pakistan earthquake were examined. This book not only explains the team’s findings, but also identifies ways to improve the allies’ ability to effectively pool civilian and military resources and to respond together in support of host nations and international relief agencies to speed recovery in times of crisis.