Flawed Diplomacy: The United Nations & the War on Terrorism 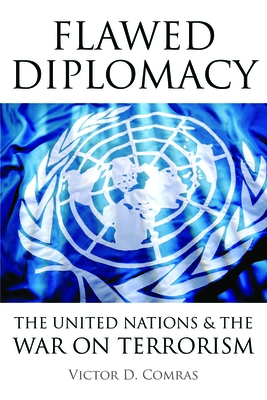 Flawed Diplomacy: The United Nations & the War on Terrorism

There have been numerous attempts to engage the United Nations in a meaningful campaign against state-supported and other terrorist activities. But the inherently political nature of terrorism has made it exceedingly difficult to gain global consensus on who even qualifies as a terrorist, much less agreement on counterterrorism measures to pursue. The rise of al Qaeda, the events of 9/11, the Madrid train bombing, and the London mass transit bombings provided the international community and United Nations with new impetus to respond to terrorism. Although a series of international conventions were adopted and a short-lived independent monitoring group was established, the strategy that UN secretary general Kofi Annan proposed to the General Assembly in May 2006 contains many proposed measures and objectives that remain unfulfilled, thus rendering the UN virtually impotent against terrorism. As one of five Security Council–appointed international monitors on the measures being taken against al Qaeda and the Taliban, Comras had the rare opportunity to observe the UN’s counterterrorism activities. He delves into the UN’s role in dealing with terrorism, explores the international political realities and institutional problems that make it difficult for the UN to successfully implement and monitor counterterrorism measures, and describes both the UN’s successes and failures, ultimately laying out a case for creating a stronger, more effective UN response. Flawed Diplomacy is an invaluable resource for anyone interested in the war on terrorism and in gaining knowledge about the UN’s inner workings.

Victor Comras has pursued a public service career in international law and diplomacy. And, he is an internationally recognized expert and frequent speaker on international sanctions and the global effort to combat terrorism. His articles have appeared in numerous national and international press media, books and professional journals. He is also quoted regularly on radio, television and other news media in the United States, Canada, Australia and Europe.