Beloved Warrior: The Rise and Fall of Alexis Argüello 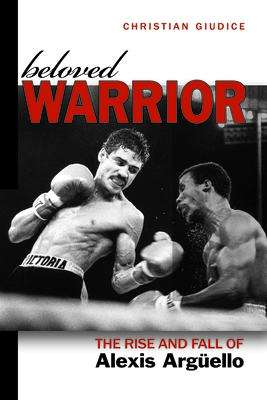 Beloved Warrior: The Rise and Fall of Alexis Argüello

By  Christian Giudice
$ 29.95
Out of Stock In Store (Available to Order)

Boxing lost a true warrior and gentleman of the ring when the mayor of Managua, Nicaragua, Alexis Argüello, died in 2009. To millions in Nicaragua and around the world, Argüello was an iconic figure, a willing role model, and a shining light in a nation that places its sports figures on pedestals. Beloved Warrior explores the extraordinary rise, fall, and rebirth of this great fighter.

With a career that began in 1968 in Managua, Argüello overcame early losses, including a knockout in his debut. He went on to win three world titles, relinquishing them only by moving up in weight class. While boxing until 1995 and reaping luxury and fame, Argüello never forgot his people. Using his skills and power, "El Flaco Explosivo" (The Explosive Thin Man) earned his lofty status as one of the most celebrated Latin American boxers ever.

While Argüello's devotion to the sport cannot be challenged, questions about the man still remain. How did he rise from the streets of Managua to become one of the greatest fighters in the world? What happened to him after he fought Aaron Pryor, whom many considered the greatest 140-pounder in history? How was he affected by his time spent fighting against the Sandinistas? And finally, what is the story behind his mysterious death less than eight months after he won Managua's mayoral election? Despite Argüello’s notorious losses to Pryor, his remarkable career as an unforgettable fighter lives on in his fans’ memories. As Christian Giudice illustrates, Argüello’s status as a hero both in and out of the ring will forever remain intact.

Christian Giudice currently teaches English in Charlotte, North Carolina, and writes for the boxing site Juicesport.com. He has been published in South Jersey sports magazines and international boxing digests. The author of Hands of Stone: The Life and Legend of Roberto Duran (2009), Giudice is from Haddonfield, New Jersey.