Tailgating, Sacks, and Salary Caps: How the NFL Became the Most Successful Sports League in History 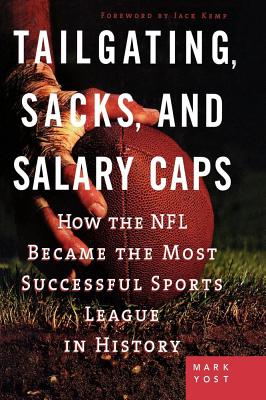 Tailgating, Sacks, and Salary Caps: How the NFL Became the Most Successful Sports League in History

The NFL is the most successful professional sport. The league's secret to success is sound business practices like revenue sharing and a salary cap. These policies have created parity on the field and in the boardroom. Because of the collective approach of the league, a small-town team like the Green Bay Packers has just as much chance of getting into the playoffs--and succeeding financially--as big-market teams in New York, Chicago, and San Francisco.

But in 2006, a faction of entrepreneurial owners led by maverick Washington Redskins executive Dan Synder proposed changes to the league finance and revenue models that many fear will upset this near-perfect system. They are creating alternative revenue sources, such as stadium-naming rights, local sponsorships, radio and television deals, pre-game and post-game clubs. These owners are arguing that revenue they generate locally--outside of the normal NFL model--should be theirs to keep. Other owners worry this would dash the league's parity like Major League Baseball, where big-market teams like the New York Yankees flourish and small-market teams like the Milwaukee Brewers flounder.

This critical battle for the future of America's most popular sport has opened a wide rift between owners. Tailgating, Sacks, and Salary Caps offers an in-depth, behind-the-scenes look at the league and examines the maverick owners whose ideas could have lasting repercussions for the players, owners, coaches, and ultimately the fans.