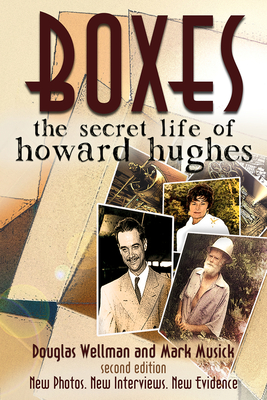 …well documented and researched…Boxes is definitely a fascinating read and a must read for anyone who is at all curious about Howard Hughes’ life.

Douglas Wellman was born and raised in Minneapolis and studied television production at the University of Minnesota. He was an award-winning television producer-director for thirty-five years in Hollywood. Having once produced a program on Hughes, he was immediately fascinated by the story of Eva and Nik. He currently lives in Southern Utah with his wife, Deborah.