The Long Depression: Marxism and the Global Crisis of Capitalism 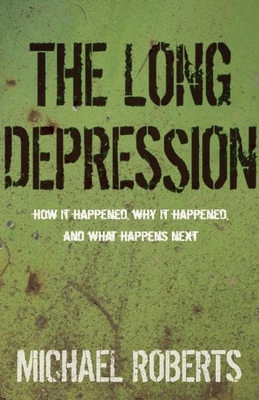 The Long Depression: Marxism and the Global Crisis of Capitalism

By  Michael Roberts
$ 19.00
Out of Stock In Store (Available to Order)

Setting out from an unapologetic Marxist perspective, The Long Depression argues that the global economy remains in the throes of a depression. Making the case that the profitability of capital is too low, and the debt built up before the Great Recession too high, leading radical economist Michael Roberts persuasively presents his case that this depression will persist until the profitability of capital is restored through yet another slump.

Michael Roberts has worked as an economist for over 30 years in the City of London financial centre. He is author of The Great Recession: a Marxist view, published in 2009.