The War for American Independence: A Reference Guide (Guides to Historic Events in America) 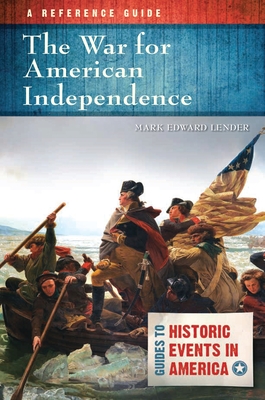 The War for American Independence: A Reference Guide (Guides to Historic Events in America)

Without the War for Independence and its successful outcome for the patriots, the course of American development--our institutions, culture, politics, and economics--would have run in radically different directions. From any perspective, the War for Independence was one of the seminal events of national history. This book offers a clear, easy-to-read, and complete overview of the origins of the imperial crisis, the course of the war, and the ultimate success of the movement for independence. It also emphasizes the human cost of the struggle: the ferocity of the fighting that stemmed from the belief among participants on all sides that defeat was tantamount to cultural, political, and even physical extinction.

The narrative encompasses the author's original insights and takes advantage of the newest scholarship on the American Revolution. The book includes primary documents and biographical sketches representative of the various participants in the revolutionary struggle--for example, private soldiers, senior officers, loyalists, women, blacks, and Indians--as well as famous speeches and important American and British official documents. The edited documents offer readers a sense of the actual voices of the revolutionary struggle and a deeper understanding of how primary documents serve historians' narration and interpretation of long-ago events. The result is a new synthesis that brings a deeper understanding of America's defining struggle to an informed public readership as well as college and high school students.

Mark Edward Lender, PhD, is professor emeritus and former vice president for academic affairs at Kean University. He holds a doctorate in history from Rutgers University.