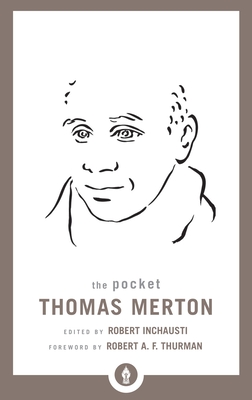 By  Thomas Merton , Editor  Robert Inchausti
Paperback
$ 12.95
Out of Stock In Store (Click to Order)

A treasury of wisdom from the influential Christian contemplative, political activist, social visionary, and literary figure.

Thomas Merton (1915–1968) was spiritual parent to a generation—and his influence, through his many books, has only increased in the half-century since his death.   He was a hermit who maintained a compelling correspondence with some of the most influential thinkers of his age;  he was a social and political activist whose ideas had a seminal influence in the world beyond his monastic cloister; and he was a Christian who saw through the boundaries of religious identity in a way that was truly ahead of his time.  This collection of short excerpts from his voluminous writings covers all of the famous Trappist monk’s main themes, thus serving as a perfect short introduction to his work in his own words.

This book is part of the Shambhala Pocket Library series.

The Shambhala Pocket Library is a collection of short, portable teachings from notable figures across religious traditions and classic texts. The covers in this series are rendered by Colorado artist Robert Spellman. The books in this collection distill the wisdom and heart of the work Shambhala Publications has published over 50 years into a compact format that is collectible, reader-friendly, and applicable to everyday life.

THOMAS MERTON (1915-1968) was a Trappist monk, spiritual director, political activist, social critic, and one of the most-read spiritual writers of the twentieth century. He is the author of many books, including The Seven Storey Mountain.