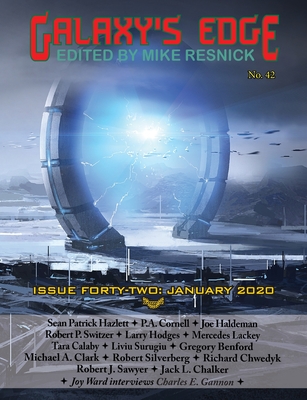 By  Joe Haldeman , Mercedes Lackey , Robert Silverberg
Paperback
$ 7.99
Out of Stock In Store (Click to Order)
This item may not be available to order. Please call 617-566-6660 for more information.

A Magazine of Science Fiction and Fantasy

Serialization: Midnight at the Well of Souls by Jack L. Chalker

Galaxy's Edge is a bi-monthly magazine published by Phoenix Pick, the science fiction and fantasy imprint of Arc Manor, an award winning independent press based in Maryland. Each issue of the magazine has a mix of new and old stories, a serialization of a novel, columns by Robert J. Sawyer and Gregory Benford, book recommendations by Richard Chwydyk and an interview conducted by Joy Ward.