The Mark of the Horse Lord (Rediscovered Classics #21) 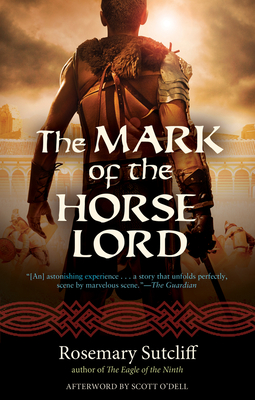 The Mark of the Horse Lord (Rediscovered Classics #21)

“There was a smell of blood mingling with the smell of burning that still clung about scorched timber and blackened thatch, and a great wailing rose from the watching crowd. The old High Priest dipped a finger in the blood and made a sign with it on Phaedrus’s forehead, above the Mark of the Horse Lord.”

So began the ceremony that was to make young Phaedrus, ex-slave and gladiator, Horse Lord of the Dalriadain. Phaedrus had come a long way since the fight in the arena that gained him his freedom. He had left behind his old Roman life and identity and had entered another, more primitive, world—that of the British tribes in the far north. In this world of superstition and ancient ritual, of fierce loyalties and intertribal rivalry, Phaedrus found companionship and love, and something more—a purpose and a meaning to his life as he came fully to understand the significance of the Mark of the Horse Lord.

First published in 1965, The Mark of the Horse Lord, set in second-century Britain, has been acclaimed by many readers as the finest of Rosemary Sutcliff’s many novels, imparting true insight into the nature of leadership, identity, heroism, loyalty, violence, and sacrifice.

Rosemary Sutcliff wrote more than 40 novels for young adults, including Black Ships Before Troy, The Wanderings of Odysseus, and The Eagle of the Ninth; five adult novels, including Sword at Sunset; and several books of nonfiction.