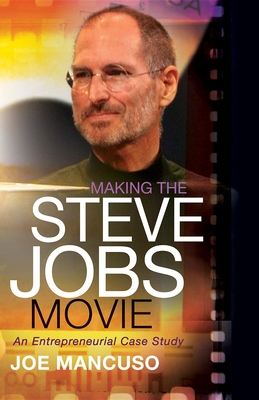 Sometimes it's not a college degree that will make someone successful. Sometimes all it takes is a good idea, and the drive to seek the resources to help mold the idea into a plan and into reality.

Making the Steve Jobs Movie is a dialogue between first-time movie producer Mark Hulme and several of his professional peers about the process to take the story of Steve Jobs and his irrefutable success to the big screen. It isn't a nuts-and-bolts story of the movie industry, and it isn't a story of what one entrepreneur should do to make his idea come to fruition. Instead, Making the Steve Jobs Movie reveals an inside-look into the discussions - in essence, a "visual" how to - that make successful ideas into successful realities. Joe Mancuso has more than 50 years' of experience as a successful entrepreneur and is the founder of CEO Clubs, of which Mark Hulme and his peers are members. With his help and the dialogue within Making the Steve Jobs Movie, Mancuso shows how anyone can apply the same principals and efforts as Jobs did to Apple and how Hulme did to his movie into making their own ideas and their own businesses successful.

Joe Mancuso is the founder of the worldwide CEO Clubs (www.ceoclubs.org), an association of CEOs with an average of about one hundred employees. He has written twenty-seven books and sold several million copies of previous works. Entrepreneurs have paid over $1.6 million to attend events he has arranged. Joe earned an Electrical Engineering degree from Worcester Polytechnic Institute, an MBA from Harvard Business School, and a doctorate from Boston University. He has six children and six grandchildren and lives with his wife, Karla, in Manhattan.