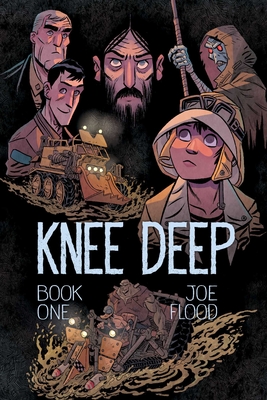 In the year 2223, a teenage girl must venture through underground tunnels and canals in search of her parents who disappeared while on a mining expedition.

Two hundred years in the future, refugees from an environmental cataclysm have fled underground. They survive, scrounging out a living in a twisted maze of tunnels and canals. Scavengers, mistitfs, bandits, renegades and mutants are among the citizens of this subterranean realm. They are sewerfolk, their home, the bowels of a utopian city that was never completed.

Life is hard enough, but an overzealous mining company, PERCH wants to get their claws on this new underground frontier and they don’t mind bulldozing any sewerfolk that get in their way.

Caught in the middle is a young girl, Cricket. She’s in a desperate search to find her family that fled underground. Join Cricket as she explores this savage new world, to find her parents and unlock the secrets of a past long forgotten, in the three-part graphic novel series for all ages, KNEE DEEP.