The Aviation Chronicles of Captain Zee: The Early Days 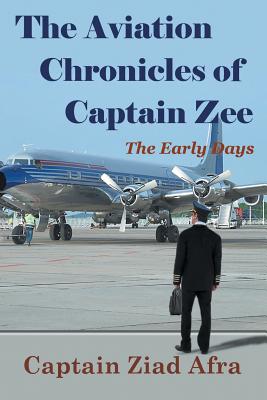 The Aviation Chronicles of Captain Zee: The Early Days

Airline Captain Ziad Afra writes what it was like to live in Syria, as well as how he cheated death many times in the air.His stunning biography The Aviation Chronicles of Captain Zee: The Early Days starts with a flight to Yemen to deliver an arms and ammunition load. Upon reaching the destination, Captain Zee and his crew are caught up in artillery shelling. Afterward on the road, they are attacked by heavy machine gun fire. On the return leg the following night, an engine breaks down while flying over a vast uninhabited desert. Despite combined navigational problems, they arrive in Cairo, where the plane is repaired before finally returning home. Captain Zee ends up in prison as a reward for his involvement in the life-threatening flight to Yemen.During a trip to Jeddah in Saudi Arabia, Captain Zee experiences engine troubles and a runaway propeller, but he manages to survive the almost fatal incident. Once, while en route to Algeria via Athens, passengers revolt and refuse to board the plane, having become anxious due to repeated technical failures with the aircraft. Captain Zee believes in destiny, so if there are accidents and emergencies, it is because they are meant to happen at a given time and place involving the given people. The book's time frame covers his years as a student pilot in 1959 and 1960, to his retirement as an executive pilot in 1990. The author wanted to write this book because, "There are so many interesting stories from real life that can and should be told."Publisher's website: http: //sbprabooks.com/ZiadAfra