The State Is the Enemy: Essays on Liberation and Racial Justice (Kairos) 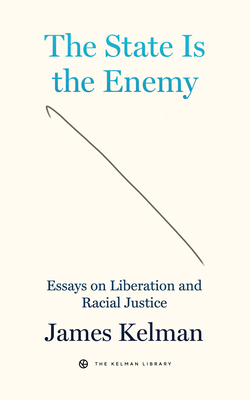 The State Is the Enemy: Essays on Liberation and Racial Justice (Kairos)

By  James Kelman
Hardcover
$ 39.95
Pre-Order (Not Yet Published)

Incendiary and heartrending, the sixteen essays in The State Is the Enemy
lay bare government brutality against the working class, immigrants,
asylum-seekers, ethnic minorities, and all who are deemed of "a lower
order." Drawing parallels between atrocities committed against the Kurds
by the Turkish State, and the racist police brutality, and government
sanctioned murders in the UK, James Kelman shatters the myth of Western
exceptionalism, revealing the universality of terror campaigns levied
against the most vulnerable, and calling on a global citizenship to
stand in solidarity with victims of oppression. Kelman's case against
the Turkish and British governments is not just a litany of murders, or
an impassioned plea--it is a cool-headed take down of the State and an
essential primer for revolutionaries.