Finding a Way Home: Mildred and Richard Loving and the Fight for Marriage Equality 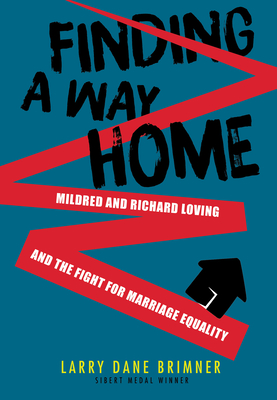 Finding a Way Home: Mildred and Richard Loving and the Fight for Marriage Equality

When Mildred and Richard Loving are arrested, jailed, and exiled from their home simply because of their mixed-race marriage, they must challenge the courts and the country in order to secure their civil rights.

Richard Perry Loving and Mildred Jeter Loving wanted to live out their married life near family in Virginia. However, the state refused to let them — because Richard was white and Mildred was black. After being arrested and charged with a crime, the Lovings were forced to leave their home — until they turned to the legal system. In one of the country's most prominent legal battles, Loving v. Virginia, the Lovings secured their future when the court struck down all state laws prohibiting mixed marriage. Acclaimed author Larry Dane Brimner's thorough research and detailed reconstruction of the Loving v. Virginia case memorializes the emotional journey towards marriage equality in this critical addition to his award-winning oeuvre of social justice titles.

Larry Dane Brimner is the award-winning author of a number of civil rights and social justice titles for Calkins Creek, including Accused!, an ALA Notable Book; Blacklisted!; and Twelve Days in May, the 2018 Robert F. Sibert Medal Winner.