The Beauty of Horror 1: A GOREgeous Coloring Book 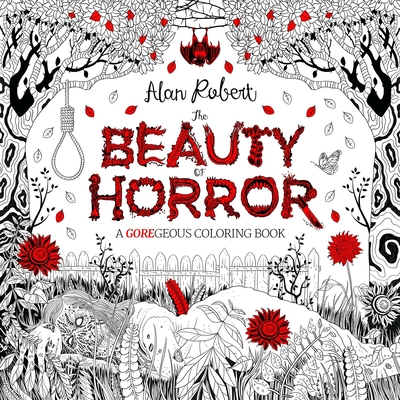 The Beauty of Horror 1: A GOREgeous Coloring Book

Get that red crayon ready! With this coloring book for adults channeling The Walking Dead meets The Secret Garden, comics creator/rock star Alan Robert (Crawl to Me, Killogy, Wire Hangers) invites fans of horror to discover their inner-colorist. Through intricate pen and ink illustrations to complete, color, and embellish, readers will meet an onslaught of severed heads, monsters, deadly weapons, and skeletal remains.

Alan Robert is the creator of several critically-acclaimed graphic novels: Wire Hangers, Crawl to Me (in development to become a motion picture), Killogy, The Shunned One (2017), and The Beauty of Horror: A GOREgeous Coloring Book. Robert is also well known as the bassist/songwriter for the hard rock group Life of Agony for over two decades. A Brooklyn native, Alan's journey as a comic book creator began at the School of Visual Arts in New York City, where he attended on a scholarship and studied cartooning under legendary Thor comic writer/artist Walt Simonson