Shedding Our Stars: The Story of Hans Calmeyer and How He Saved Thousands of Families Like Mine 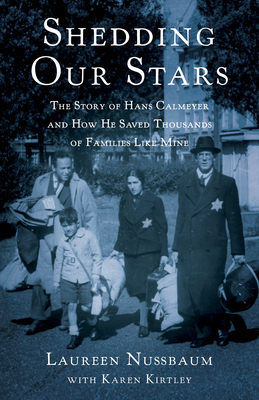 Shedding Our Stars: The Story of Hans Calmeyer and How He Saved Thousands of Families Like Mine

During the German occupation of the Netherlands, 1940 to 1945, all Jews were ordered to register the religion of their grandparents. The Reichskommissar appointed the young lawyer Hans Calmeyer to adjudicate "doubtful cases." Calmeyer used his assignment to save at least 3,700 Jews from deportation and death, dwarfing the number saved by Schindler's famous rescue operation. Laureen Nussbaum--n e Hannelore Klein--owes her life to this brave German official. In Shedding Our Stars, she tells how Calmeyer declared her mother non-Jewish and deleted her and her family from the deportation lists, saving them from death. She goes on to interweave his story with her family's tale of survival, as well as with that of her boyfriend and, later, husband, Rudi Nussbaum. Since in Amsterdam the Kleins were close to the Franks, Anne Frank and her family also figure in book. Going beyond the liberation of the Netherlands to follow both Calmeyer's and the author's story to the end of their lives, Shedding Our Stars is a story of courage in the darkest of times, and of the resilience of the human spirit.