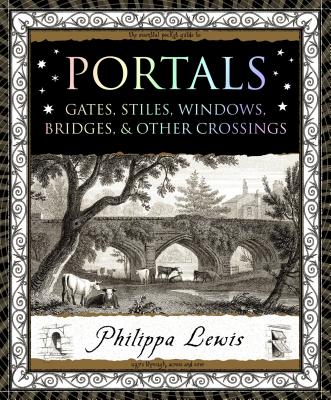 An illustrated exploration of our limitless fascination with doors, gates, and bridges.

The word "portal" comes from the Latin for "gate," but it refers to any place of ingress and egress. According to architectural historian Philippa Lewis, a portal "is generally an optimistic thing, both literally and metaphorically . . . The word encapsulates the idea of passing through, to a new opportunity, to making progress or moving forward, to entering fresh new worlds."

That may be the reason so many people are drawn to the idea of portals--from King Nebuchadnezzar's Ishtar Gate through the walls of Babylon, to mountain passes, the doorway to the Raphael Loggia at the Vatican, pontoons, and drawbridges. Portals also have enlivened fiction and lore--what would Arabian Nights have been without the magical command "Open Sesame!" or Alice in Wonderland if Alice had not followed the White Rabbit down a rabbit hole? And in many cultures around the world, a rainbow is a portal that "stands for peace, tolerance, respect for life and diversity." In this beautifully illustrated book, the seemingly everyday means of ingress and egress become things of beauty and cultural significance.

Philippa Lewis is a social and architectural historian. She lives in Somerset, England.