The Battle of Shiloh: A Captivating Guide to the One of the Bloodiest Battles of the American Civil War 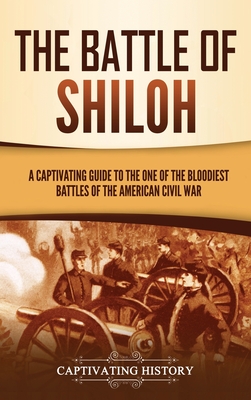 The Battle of Shiloh: A Captivating Guide to the One of the Bloodiest Battles of the American Civil War

By  Captivating History
Hardcover
$ 23.99
Out of Stock In Store (Click to Order)

Did you know that the Battle of Shiloh was the bloodiest battle of the US Civil War up to that time?

The Battle of Shiloh was fought along the Tennessee River near the border with Mississippi when the Confederates attempted to prevent the Union forces, who were led by future US president Ulysses S. Grant, from seizing the vital railroad junction at Corinth, Mississippi.

When the battle began, the forces of the North and the South were equally matched on the battlefield, though the rebels knew they had to move fast in order to avoid the forces under Grant and Union General Don Carlos Buell from uniting on the west side of the Tennessee River.

The battle began in the early light of April 6th, 1862, when Union scouts were surprised and stunned by the sight of over nine thousand Confederate troops heading straight for them.

In Captivating History's, The Battle of Shiloh, you'll discover:

So if you want to learn more about the Battle of Shiloh, scroll up and click the "add to cart" button