The Battle of Second Manassas: A Captivating Guide to the Second Battle of Bull Run, A Significant Event in the American Civil War 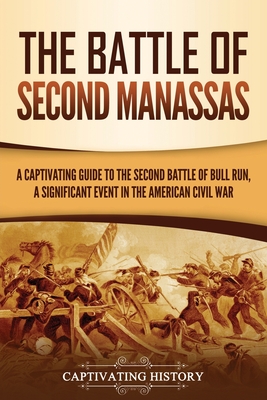 The Battle of Second Manassas: A Captivating Guide to the Second Battle of Bull Run, A Significant Event in the American Civil War

Discover the Battle of Second Manassas in this captivating book on what transpired from August 28th to August 30th, 1862, near the Bull Run River in northeastern Virginia.

The Battle of Second Manassas was part of the northern Virginia campaign under Confederate General Robert E. Lee's leadership and unfolded during the summer of the second year of the American Civil War. The battle played out on the same ground as the Battle of First Manassas, which took place almost a year before, and both engagements revealed startling similarities, including Confederate victories. As at the Battle of First Manassas, the Northerners' superior numbers and reinforcements should have ensured a quick and easy victory. However, the newly appointed General Lee and his freshly formed army, along with his leading legendary generals-"Stonewall" Jackson, "Jeb" Stuart, and "Old Pete" Longstreet-made quick work of their enemies. After the considerable blunders of the Northern units during the battle, Union careers leaders were summarily demoted or transferred. Political infighting and poor tactical decisions rendered the Yankees weak and underprepared. As at First Manassas, the Yankees skedaddled their way back to Washington and out of southern Virginia. The loss of the Battle of Second Manassas, also known as the Second Battle of Bull Run in the North, opened the way for the Confederacy to infiltrate Yankee territory and possibly garner international support for their cause. But would they succeed? In this book, you will learn: Scroll up and click the "add to cart" button to learn more about the Second Battle of Manassas