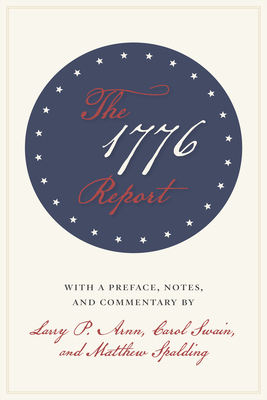 The 1776 Report is the official report of The President's Advisory 1776 Commission. Submitted to the President and released as a public document on January 18, 2021, the report explains the core principles of the American founding and how they have shaped American history, considers the leading challenges to these principles at home and abroad, and calls on all Americans to "restore our national unity by rekindling a brave and honest love for our country and by raising new generations of citizens who not only know the self-evident truths of our founding, but act worthy of them." This edition features the original text with the addition of notes and commentary by Chair Larry P. Arnn, Vice Chair Carol Swain, and Executive Director Matthew Spalding.