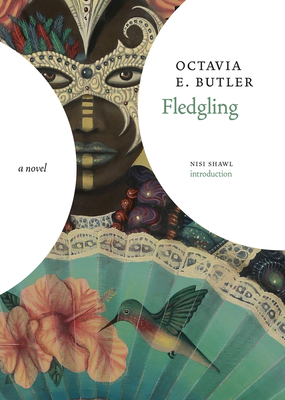 By  Octavia E. Butler , Introduction by  Nisi Shawl
Hardcover
$ 26.95
Pre-Order (Not Yet Published)

Fledgling, Octavia Butler’s last novel, is the story of an apparently young, amnesiac girl whose alarmingly un-human needs and abilities lead her to a startling conclusion: she is in fact a genetically modified, 53-year-old vampire. Forced to discover what she can about her stolen former life, she must at the same time learn who wanted—and still wants—to destroy her and those she cares for, and how she can save herself. Fledgling is a captivating novel that tests the limits of "otherness" and questions what it means to be truly human.

A writer who darkly imagined the future we have destined for ourselves in book after book, and also one who has shown us the way toward improving on that dismal fate, OCTAVIA E. BUTLER (1947–2006) is recognized as among the bravest and smartest of contemporary fiction writers. A 1995 MacArthur Award winner, Butler transcended the science fiction category even as she was awarded that community’s top prizes, the Nebula and Hugo Awards. She reached readers of all ages, all races, and all religious and sexual persuasions. For years the only African-American woman writing science fiction, Butler has encouraged many others to follow in her path.