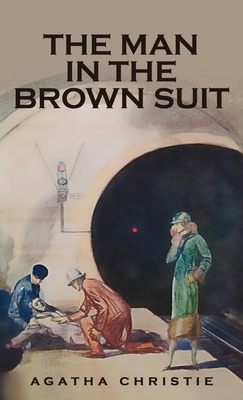 From one of the most well-known mystery authors of all time comes The Man in the Brown Suit, a classic detective novel by English author Agatha Christie. Christie is most popular for her works that revolve around detective Hercule Poirot, but she has written countless other mystery novels with just as much crime, drama, and thrill in them.

The Man in the Brown Suit, originally published in 1924, features Anne Beddingfield, an orphan who craves adventure and moves to London in search of it. While at the tube station after failing a job interview, Anne watches a man fall onto the track and die. A doctor swoops in to declare the man dead, and hurriedly leaves. However, Anne picks up a note he dropped, which seems to be connected to his death. It all seems a little too strange, and Anne finds herself in the adventure she was always dreaming of. Suddenly, she is headed to South Africa to solve the mystery of the man's death.