Mexican History: A Captivating Guide to the History of Mexico and the Mexican Revolution 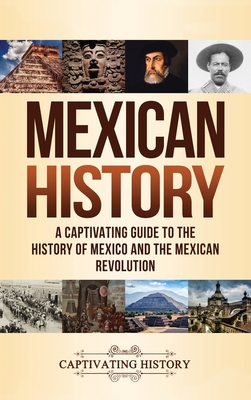 Mexican History: A Captivating Guide to the History of Mexico and the Mexican Revolution

By  Captivating History
Hardcover
$ 29.99
Out of Stock In Store (Click to Order)

If you want to discover the captivating history of Mexico, then keep reading...

Two captivating manuscripts in one book:

Before the modern country was born in 1821, the territory that today comprises 32 states and few small islands was inhabited by ancient dynasties and kingdoms of warriors, astronomers, priests, temples for human sacrifice, and, surprisingly, some of the largest cities in the world. It is estimated that the sacred city of Chichen Itza, in the Yucatan Peninsula, was larger than Paris at its height of splendor.

This fascinating journey through Mexico's history, from its amazing pre-Hispanic past to the end of the 20th century, will reveal more surprises than the reader can imagine. In the words of the self-proclaimed Mexican singer Chavela Vargas, "Mexico has magic. I looked for that magic, and I found it there."

Here are just some of the topics covered in part 1 of this book:

Here are just some of the topics covered in part 2 of this book:

So if you want to learn more about the History of Mexico and the Mexican Revolution, scroll up and click the "add to cart" button