Radicalizing Her: Why Women Choose Violence 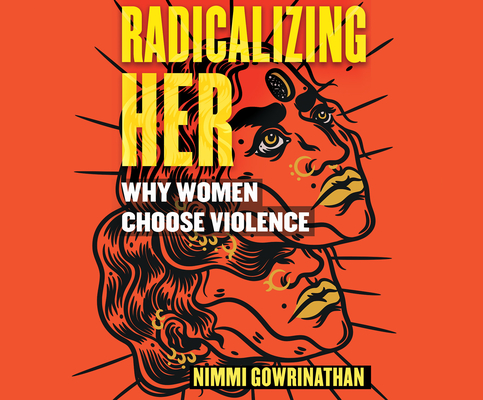 Radicalizing Her: Why Women Choose Violence

By  Nimmi Gowrinathan , Read by  Pratima Mani
Compact Disc
$ 34.99
Out of Stock In Store (Available to Order)

Although the female fighter is often seen as an anomaly, women make up nearly 30% of militant movements worldwide. Historically, these women--viewed as victims, weak-willed wives, and prey to Stockholm Syndrome--have been deeply misunderstood. Radicalizing Her holds the female fighter up in all her complexity as a kind of mirror to contemporary conversations on gender, violence, and power. The narratives at the heart of the book are centered in the Global South and extend to a criticism of the West's response to the female fighter, revealing the arrayed forces that have driven women into battle and the personal and political elements of these decisions. Nimmi Gowrinathan, whose own family history is intertwined with resistance, spent nearly twenty years in conversation with female fighters in Sri Lanka, Eritrea, Pakistan, and Colombia. The intensity of these interactions consistently unsettled her assumptions about violence, re-positioning how these women were positioned in relation to power. Gowrinathan posits that the erasure of the female fighter from narratives on gender and power is not only dangerous but also anti-feminist. She argues for a deeper, more nuanced understanding of women who choose violence, noting in particular the tendency of contemporary political discourse to parse the world into for--and against--camps: an understanding of motivations to fight is read as condoning violence, and oppressive agendas are given the upper hand by the moral imperative to condemn it. Coming at a political moment that demands an urgent re-imagining of the possibilities for women to resist, Radicalizing Her reclaims women's roles in political struggles on the battlefield and in the streets.