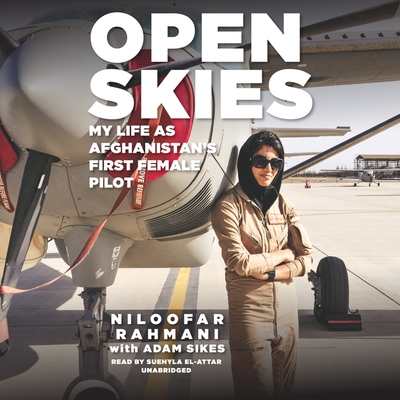 In 2010, for the first time since the Soviets, Afghanistan allowed women to join the armed forces, and Niloofar entered Afghanistan's military academy.

Niloofar had to break through social barriers to demonstrate confidence, leadership, and decisiveness--essential qualities for a combat pilot. Niloofar performed the first solo flight of her class--ahead of all her male classmates--and in 2013 became Afghanistan's first female fixed-wing air force pilot.

The US State Department honored Niloofar with the International Women of Courage Award and brought her to the United States to meet Michelle Obama and fly with the US Navy's Blue Angels. But when she returned to Kabul, the danger to her and her family had increased significantly.

Rahmani and her family are portraits of the resiliency of refugees and the accomplishments they can reach when afforded with opportunities.