I F*cked Up So You Don't Have to Lib/E: Questionable Wisdom from a Middle-Aged Youtuber 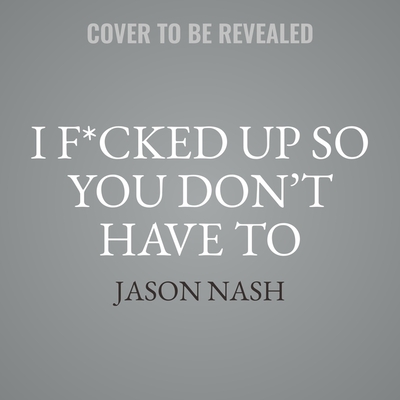 I F*cked Up So You Don't Have to Lib/E: Questionable Wisdom from a Middle-Aged Youtuber

The infamous Vlog Squad member Jason Nash puts the camera down and with his inimitable humor and charm shares all the thing you should NOT do if you want to succeed in life. Let's be honest--Jason Nash might not seem like the most obvious candidate to write a self-help book. Which is why he's not writing a self-help book. Lots of people can tell you what to do; how about a book that tells you what not to do?

Jason's life has not gone as planned. Not by a long shot. He is a 45-year-old YouTube "vlogger," a middle-aged resident of a neighborhood populated almost entirely by people half his age (or younger; a lot younger, in some cases). A neighborhood with its own unique language and architecture and sensibility and moral code. He is, by his own assessment, a failed stand-up comic and television writer, and a divorced father of two, who has found, rather late in the game, profoundly unlikely success by playing (well, not playing, really, since it's totally real) the old guy in the Vlog Squad; the goofy but lovable uncle to the charmingly likable but impish YouTube sensation David Dobrik and an assorted cast of friends.

Having once accrued a degree of notoriety through the doomed video platform Vine, Jason is a guy "discovered' by Dobrik at a comedy club, and in short order he's getting buried in his backyard and taped to a wall, and prancing around town in bulbous prosthetic breasts, all for the sake of subscribers and page views and ad revenue--and for the simple creative charge he gets out of the process.

There are no second acts in American Life? And particularly in Hollywood? Try telling that to Jason, who is living proof that the American nightmare can become the American Dream--so long as you're willing to put your dignity on hold, take a few risks, and lose every last fuck you have to give. You might end up becoming a star... and finding true happiness (or a little less self-loathing, anyway) along the way.