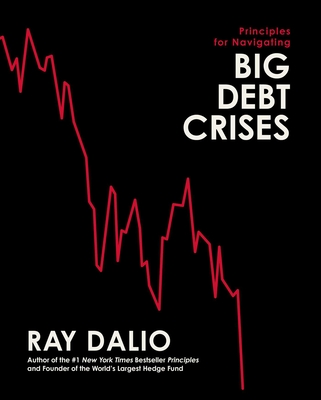 Ray Dalio, the legendary investor and #1 New York Times bestselling author of Principles—whose books have sold more than five million copies worldwide—shares his unique template for how debt crises work and principles for dealing with them well. This template allowed his firm, Bridgewater Associates, to antic­ipate 2008’s events and navigate them well while others struggled badly.

As he explained in his #1 New York Times best­seller Principles, Ray Dalio believes that most everything happens over and over again through time so that by studying patterns one can understand the cause-effect relationships behind events and develop principles for dealing with them well. In this three-part research series, he does just that for big debt crises and shares his template in the hopes of reducing the chances of big debt crises hap­pening and helping them be better managed in the future.

The template comes in three parts:
1. The Archetypal Big Debt Cycle (which explains the template)
2. Three Detailed Cases (which examines in depth the 2008 financial crisis, the 1930s Great Depression, and the 1920s infla­tionary depression of Germany’s Weimar Republic)
3. Compendium of 48 Cases (which is a compendium of charts and brief descriptions of the worst debt crises of the last 100 years)

Whether you’re an investor, a policy maker, or are simply interested in debt, this unconventional perspective from one of the few people who navigated the crisis successfully, Principles for Navigating Big Debt Crises will help you understand the economy and markets in revealing new ways.

Ray Dalio is Founder, Co-CIO and Member of the Bridgewater Board, which, over the last forty years, has become the largest and best-performing hedge fund in the world. Dalio has appeared on the Time 100 list of the most influential people in the world as well as the Bloomberg Markets list of the 50 most influential people. He is also #1 New York Times bestselling author of Principles, Principles for Navigating Big Debt Crises, and Principles for Dealing with the Changing World Order. He lives with his family in Connecticut.