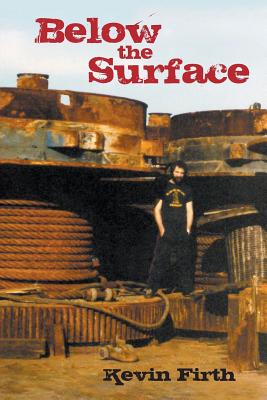 Below the Surface is an adventure memoir detailing my experiences as a commercial mixed gas deep sea bell diver in the North Sea during the mid-1970s. The book captures the harrowing and near-death experiences I survived at the very bottom of one of the world's coldest bodies of water. My story begins with a sometimes violent childhood in 1950s working class northern England. Brought up by two deaf parents, my siblings and I found resourceful ways to cope with poverty in this bleak industrial landscape. Yearning for more, I joined the Royal Navy in 1967 at age fifteen. This is where I learned my trade and began a lifetime of living at sea. But the thrills of this new world were met with the challenges of loneliness and disconnection from family. Emigrating to Canada in the mid-1980s, I found myself working on one of the most challenging jobs anyone could face: bringing up the famed Ocean Ranger oil rig from its untimely place of rest. The largest floating oil rig in the world sank in the exploratory oil fields off the grand banks of Newfoundland. These tumultuous waters have taken many famous ships to an early grave, the Titanic being the most famous. Many similarities exist between the two vessels, but with the Ocean Ranger, no one survived. Kevin Firth grew up in Lancashire, England. A retired business owner, he shares his time between his country home north of Toronto, Canada, and Costa Rica. This is his first book and is the result of many years of work. Pursuing his passion for music, the author's singer/songwriting hobby gave voice to emotions and allowed the promise of hope when times were bad. Publisher's website: http: //sbprabooks.com/KevinFirth.